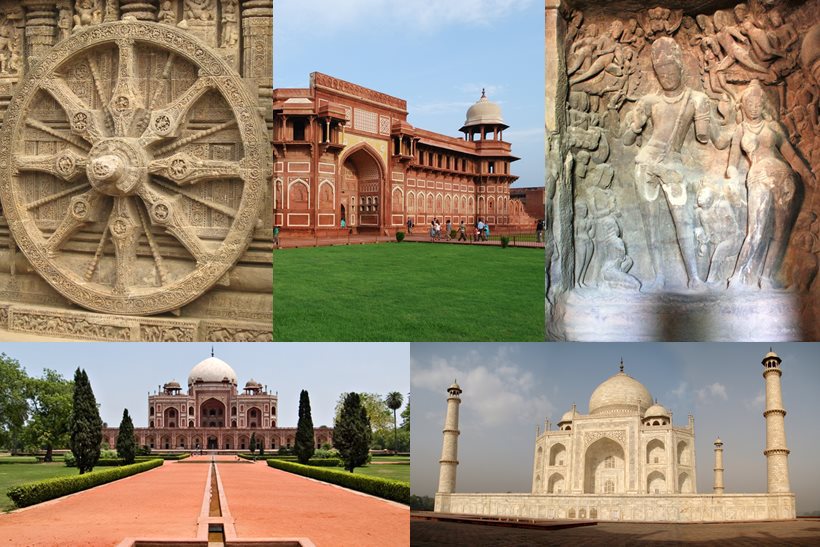 Ghum India Ghum Brings your list of Heritage sites in India. Heritage is our legacy from the past, what we live with today, and what we pass on to future generations. Our cultural and natural Heritage is both stagnant sources of life and inspiration. The United Nations Educational, Scientific and Cultural Organization (UNESCO)  has endeavoured to hearten the identification, protection and respect of cultural and natural heritage around the world ponder to be of outstanding value to humanity. India has a total of 32 world heritage sites that have been recognised by UNESCO.

1) Taj Mahal: The Taj Mahal of Agra is one of the 7 Wonders of the World, for reasons more than just looking magnificent. An gigantic mausoleum of white marble, built in Agra between 1631 and 1648 by order of the Mughal emperor Shah Jahan in memory of his beloved wife Mumtaj, The Taj Mahal is the jewel of Muslim art in India and one of the universally admired masterpieces of the world’s heritage. 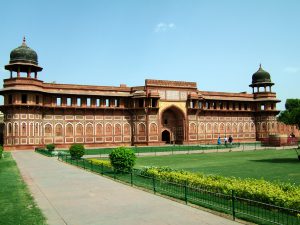 2) Agra Fort: Agra fort is the most important fort of India. Near the gardens of the Taj Mahal stands the important 16th-century Mughals monument known as the Red Fort of Agra. This powerful fortress of red sandstone encompasses on the riverbank of Yamuna in Agra, within its 2.5km-long enclosure walls, the imperial city of the Mughal rulers.

Plan your tour with best travel agent in Delhi. 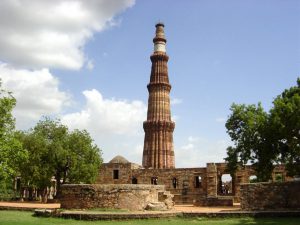 3) Qutub Minar and its remembrance: Built in the early 13th century a few kilometers Mehrauli, south of Delhi, the red sandstone tower of Qutb Minar is 73 meters high, tapering from 2.75 m in diameter at its peak to 14.32 meters at its base, and alternating angular and rounded flutings. It is the historical monument of India named after the Qutb al-Din Aibak. It has been added to the UNESCO World Heritage Site.  The neighboring archaeological area contains funerary buildings, notably the magnificent Alai-Darwaza Gate, the masterpiece of Indo-Muslim art, two mosques, and Tomb of Iltutmish,  including the Quwwatu’l-Islam, the oldest in northern India, built of materials reused from some 20 Brahman temples. The meaning of Qutub is the pole of justice. 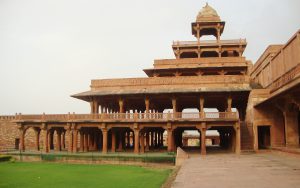 4) Fatehpur Sikri: Fatehpur Sikri is located in Uttar Pradesh (UP) at 35 kilometers away from Agra on the Vindhya Mountain. Built during the second half of the 16th century by the Emperor Akbar. Fatehpur Sikri (the City of Victory on Sikri) was the capital of the Mughal Empire for only some 10 years. The complex of monuments and temples, All in a uniform architectural style, includes one of the immense mosques in India, The Jama Masjid. We all known that Fatehpur Sikri has a wonderful architectural view and it is one of the best Architectural sites. 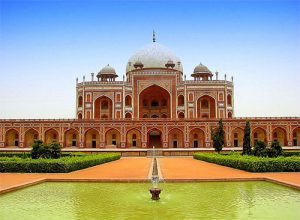 5) Humayun’s Tomb: This tomb, built in 1570, is of particular cultural significance as it was the first garden-tomb on the Indian subcontinent. It inspired several major architectural innovations, culminating in the construction of the Taj Mahal. 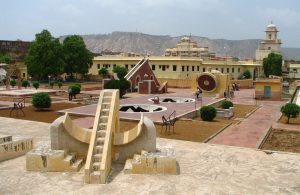 6) The Jantar Mantar: The Jantar Mantar, in Jaipur (pink city), is a biggest astronomical observation site built in the early 18th century in India. It includes a set of some 20 main fixed apparatus. They are monumental examples in the masonry of known instruments, but which in many cases have highlight of their own. This is the most significant, most comprehensive, and the best preserved of India’s historic observatories.

Explore 6 out of top 10 heritage sites in India with Golden Triangle Tour (Delhi, Agra and Jaipur) 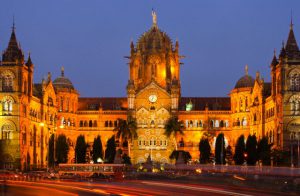 7) Chhatrapati Shivaji Terminus: The Chhatrapati Shivaji Terminus, formerly known as Victoria Terminus Station, built in 1888 in Mumbai, is an outstanding example of Victorian Gothic Revival architecture in India, integrate with themes deriving from Indian traditional architecture. The building complete construction designed by the British architect F. W. Stevens, who named it (VT) Victoria Terminus, after the then reigning Queen Victoria (QV). became the symbol of Bombay as the ‘Gothic City’ and the major international mercantile port of India. 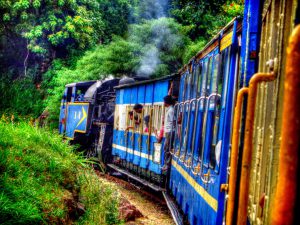 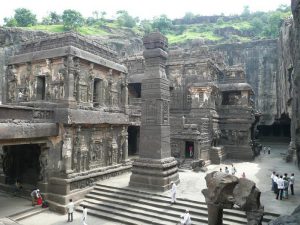 9) Ellora Caves : These 34 monasteries and temples, spreading over more than 2 kms, were dug side by side in the wall of a high basalt cliff, not far from Aurangabad, in Maharashtra central India. Ellora, with its uninterrupted sequence of monuments dating from AD 600 to 1000, brings the civilisation of ancient India to life. 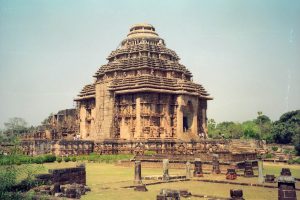 10) Konarak Sun Temple: On the shores of the Bay of Bengal (Orissa), bathed in the rays of the rising sun, the Hindu temple at Konarak is a monumental representation of the sun god Surya’s chariot; The Konarak Sun temple is known for the exquisite stone carvings that cover the entire structure. Its 24 wheels are decorated with symbolic designs and it is led by a team of six horses. In the temple, there are three images of the Sun God, situated to catch the rays of the sun at dawn, noon and sunset. Built in the 13th century, it is one of India’s most popular Brahman sanctuaries. The Konark Sun Temple is the most famous tourist destination in Orissa and has been a World Heritage Site since 1984.

There are many more Heritage sites in India in this blog we are sharing 10 out of them . Thank you.